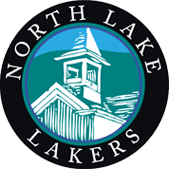 For Chad Edstrand, IT Director at North Lake School District this was a chance to go beyond classroom-based training and get first-hand experience of how other schools in Southeastern Wisconsin addressed a common IT challenge: improving flexibility while being more cost-effective.

Chad has been at North Lake School District for over ten years and is responsible for maintaining all IT-related systems as well as assisting staff and students on a day to day basis with technical support issues. For additional IT support, Chad relies on Jesse Rink and his team of Network Engineer at Source One Technology.

When Chad mentioned the Professional Development Day to Jesse, they both felt that job-shadowing would be an excellent way to add a more practical dimension to Chad’s professional development plan.

Over the course of four days spread across the year, Chad spent 32 hours shadowing Jesse and other members of the Source One Technology team. He accompanied them on engagements and saw the tools, systems, and processes used by his peers at other schools in SE Wisconsin.

Chad participated in the installation of Wireless Access Points, the deployment of servers and network switches, and server migration. However, the most important aspect of the shadowing was not the hardware involvement but getting sight of the robust processes Source One Technology applied to each project.

“Sometimes the demands on my time mean the solutions I apply to a problem can be short-term fixes,” says Chad. “Working with Jesse, I could see the way he approached problems was much better for minimizing issues in the long term. This time away from my day job helped me see how I could apply some of Source One Technology’s practices to my network environment. I had time to understand why certain things should be done and when.”

By spending time job-shadowing with Source One Technology, I’ve had an incredibly valuable opportunity to network with IT professionals at other schools in my area.Chad Edstrand, IT Director at North Lake School District

Working alongside Jesse meant that Chad had access to over 18+ years of experience in identifying and resolving the technical issues schools face. The two were able to discuss things that, while not directly applicable to Chad’s environment, formed the basis of new ideas for giving North Lake’s network more resilience and greater flexibility.

One of the things that stood out for Chad was Jesse’s attention to detail and organization. “Jesse is incredibly meticulous and documents everything,” notes Chad. “Careful planning is a big part of what makes a project successful,” explains Jesse, “so yes, we do keep track of a lot of relevant information to make things run smoothly.”

Jesse is also a pragmatist. “If ever a client decides they no longer needs our services, I want to ensure their internal team or even a new service provider can pick up exactly where we left off, without any problems.”

That doesn’t happen very often. With over 98% of customers staying with Source One Technology, Jesse and his team’s attention to detail is valued just as much as their openness to sharing best practices and ideas.

“By spending time job-shadowing with Source One Technology, I’ve had an incredibly valuable opportunity to network with IT professionals at other schools in my area. We’ve discussed the technology challenges we face and shared thoughts on how we can overcome them. It was also a chance to ‘talk geek’ with people who are just as passionate about their school networks as I am”.

“And as my experience has shown, job-shadowing is a fantastic way of learning from your peers, and experts in the field and I’d definitely recommend making it part of your Professional Development Days.” concludes Chad.

The opportunity to job-shadow with Jesse and his team of engineers is an offer that Source One Technology often extends to all of its regular K-12 school customers.

However, new customers (schools, businesses, and non-profits) are welcome to reach out for advice on how to create a similar Professional Development Days plan tailored to their specific needs.