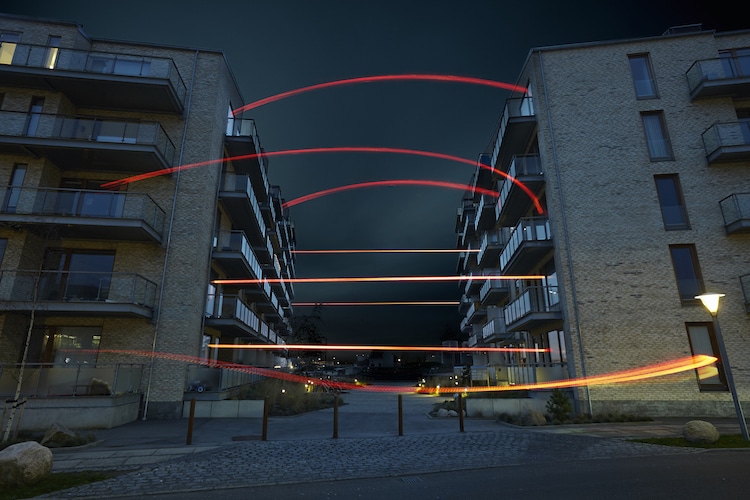 Unlike traditional/old 802.11a/b/g radios, which use single-input and single-output (SISO), 802.11n and 802.11ac radios use MIMO technology to increase throughput by increasing the number of radio transmit and receive chains (antennas or a group of antennas).

A choice needs to be made between transmit diversity techniques, which increase reliability (decrease probability of error), and spatial multiplexing techniques, which increase rate but not necessarily reliability. MIMO achieves this by higher spectral efficiency (more bits per second per hertz of bandwidth) and link reliability or diversity (reduced fading).  So, each stream (streams use diverse paths, bouncing off walls, floors, stuff, or just the air) has the potential to increase data throughput OR increase reliability. 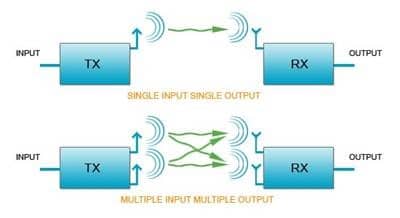 Single User MIMO. This means one client can communicate at a time with the potential of using the multiple streams for faster speed or a more reliable connection.

Each spatial stream can pack a certain amount of data with 802.11ac wireless.  More transmitters and receivers allow the AP to send independent streams of data. Much like adding additional lanes to a road, multiple spatial streams allow the wireless AP to transmit more data simultaneously.

Modulation – This is the addition of data information to an electronic signal.  Different types of modulation have varying abilities to cram data into an RF signal.  Information can be added to the carrier by varying its amplitude, frequency, phase.

QAM  (Quadrature Amplitude Modulation) uses both phase and amplitude modulation.  More complex schemes give faster bit rates for the data, but requires better SNR (signal measured at the user device) to the full potential. In 802.11n the highest order modulation is 64-QAM.  802.11ac increased the constellation configuration to 256-QAM. Going from 64-QAM to 256-QAM allows for a 33% speed burst at shorter, yet still usable, 256-QAM doesn’t require more spectrum or more antennas than 64-QAM. 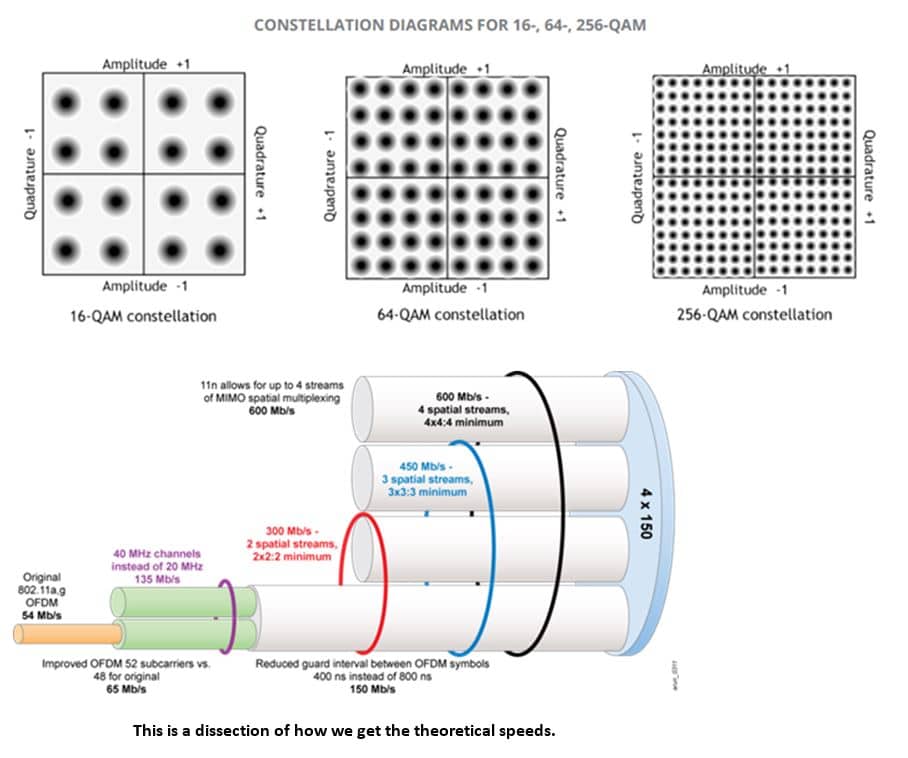 Known as Transmit Beamforming, this is a technique with 802.11ac wireless implemented to improve range and data rate for a given client takes advantage of the multiple transmit antennas available in a multiple-input multiple-output (MIMO) system. Efficient steering of individual streams in such a system provides overall gain. 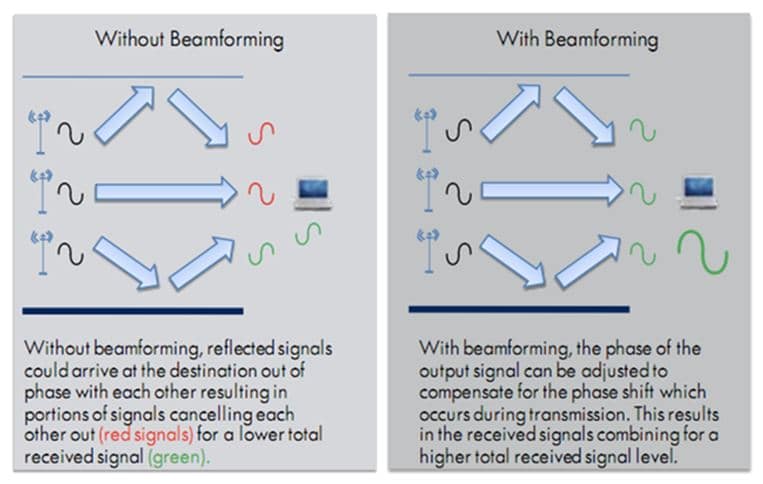 This refers to two different bands, in the case of most of our hardware we are referring to the 2.4Ghz and the 5Ghz bands.

Other great 802.11ac wireless charts that bring everything above together

This is a great chart, it shows the theoretical throughput vs the real world throughput.

This HP Aruba chart is helpful to understand the theoretical speeds of various devices.

5 Causes of Poor Wireless Access in Schools and How to Fix the Problem [Updated 2020].