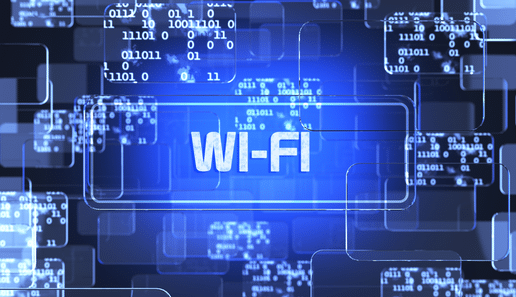 The short answer to that question is, no. Explaining why, however, that’s where things get really interesting… It’s also one of those explanations that require a person to understand the real-world throughput in real-world scenarios for wireless environments, instead of just listening to all the marketing buzz and fancy technical specifications that wireless manufacturers would have you believe.

Yes, 802.11ac wave 2 wireless manufacturers readily advertise speeds greater than 1.7Gb+, which might give you the impression that the existing Cat-5E copper cabling pulled to your current access points would need to be replaced, or that you might have to run two cables to each individual access point, but you won’t be seeing those 1.7Gb+ throughput speeds anytime in the near future outside of a testing lab or controlled situation.

First, let me start out by saying that if you’re deploying new wireless access points, there’s nothing wrong with pulling two cable pulls to each access point -if- your budget allows for it in an attempt to help future proof your cabling infrastructure over the next 10+ years. However, at this time, pulling (2) Cat-6a cables for new access points isn’t going to gain you one bit (a pun!) of performance as it relates to current wireless architectures available.

I support countless schools that have anywhere from 15-500 access points deployed throughout their various buildings – all with wireless networks that have been designed for 1:1 and Bring Your Own Device initiatives. Even with those high density environments that are providing thousands and thousands of concurrent client connections, there is little need to replace all the current copper cabling merely because of the 802.11ac wave 2 standards and planned implementations.

Why? Well, let’s take a closer look at some of the things that the 802.11ac wave 2 marketing blitz and campaigns don’t come right out and tell you.

When you understand the technical pieces behind 802.11ac wave 2 and look at real environments outside of a testing lab situation, you can easily see that your old/dated Cat-5e cabling is more than capable of handling any network traffic coming from your newly installed 802.11ac wave 2 wireless infrastructure, regardless of what the supposed sales-experts and marketing briefs tell you.

That being said, the advances in 802.11ac wave 2 wireless as it relates to theoretical maximum speeds and shared airspace is pretty awesome and spells amazing things for the future when it comes to wireless design and rollouts. It’s definitely exciting watching the the industry trends and improvements in wireless technologies today versus where we were only 10 years ago!

In a forthcoming article, I am going to discuss some intriguing alternatives to replacing your existing Cat-5e and Cat-6 copper cabling when you do eventually require 1Gb+ speeds at your APs. The new standards released by the NBASE-T Alliance will boost the speed of legacy twisted-pair wiring to speeds of 2.5Gb and 5Gb speeds over distances of 100 meters (HP calls it “Smart Rate” and Cisco calls it “Multigigabit”).

The Top Security Trends to Watch For